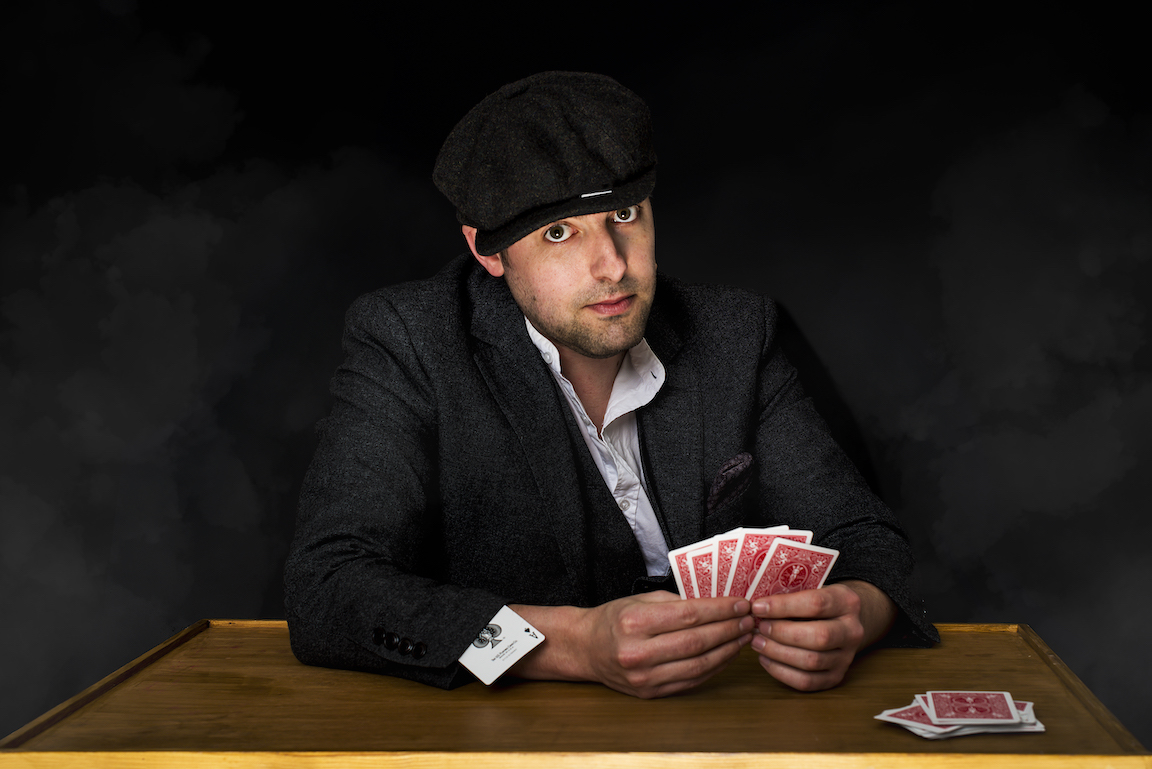 He specialises in audience participation and interaction. Russ often has the magic happen in your guests hands. Nothing quite hits harder than having an amazing Peaky Blinders magician in keeping with your hard work in planning a Peaky Blinders or Great Gatsby event. Russ Appleby has built his reputation as a top class magician on performing with guests far & wide & can now offer bespoke 1920’s gambling themed magic to entertain your guests with street con games.

Our Peaky Blinders style magician is just as cunning and stylish as the gangsters you have seen in the popular television series. He’s straight from the tradition of pick-pockets, racecourse thieves and scam artistes. But he doesn’t have a razor in his peaked cap. Having him at your party to entertain your guests will be a novel and unique feature that all will talk about. His sleight-of-hand magic and comedy is highly entertaining, baffling and surprising. He’s had years of experience and since the Peaky Blinders series started six years ago, and inspired him to develop this character, many thousands have enjoyed his performances over the past years.

Traditional con games which were popular at racecourses at the time include;

• Find The Lady – Still played to this day on the streets of London, Barcelona & Berlin. Russ explains this classic 3 card monte scam in an entertaining & engaging way. It gives your guests a chance to play along without being taken for all they have.

• The 3 Shell Game – A classic gang scam involving confederates & amazing sleight of hand which is still popular on the streets of America. Although now illegal to play Russ will engage your guests & amaze them with this classic of the streets. Your guests will be enthrawlled as they try to beat the cheat even when he explains how the scam is pulled.

• Which Hand? – Russ performs a classic parlour game involving nothing more than a coin & the participant’s hands. Try to outsmart Russ as he guesses which hand the coin is in using psychological techniques to lay traps. Russ will stay one step ahead of you all the way even betting his own money if you manage to win.

• Memory Test – Russ breaks it all down to its simplest form & has you remember 2 playing cards but pulls the rug from underneath you just as you are sure in your decision.

• Street Thief – Russ will give demonstrations on dexterity using magical routines to entertain with classic magic effects. Hold onto your wallets & rings, you never know where they’ll end up even when you think you know the score. 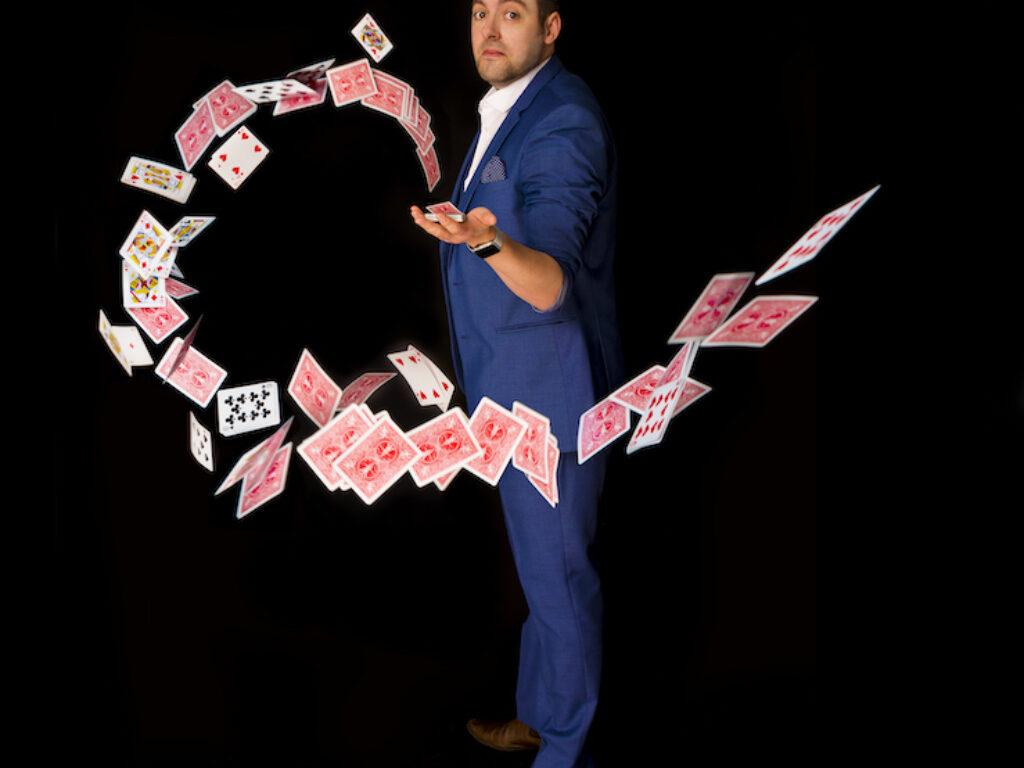 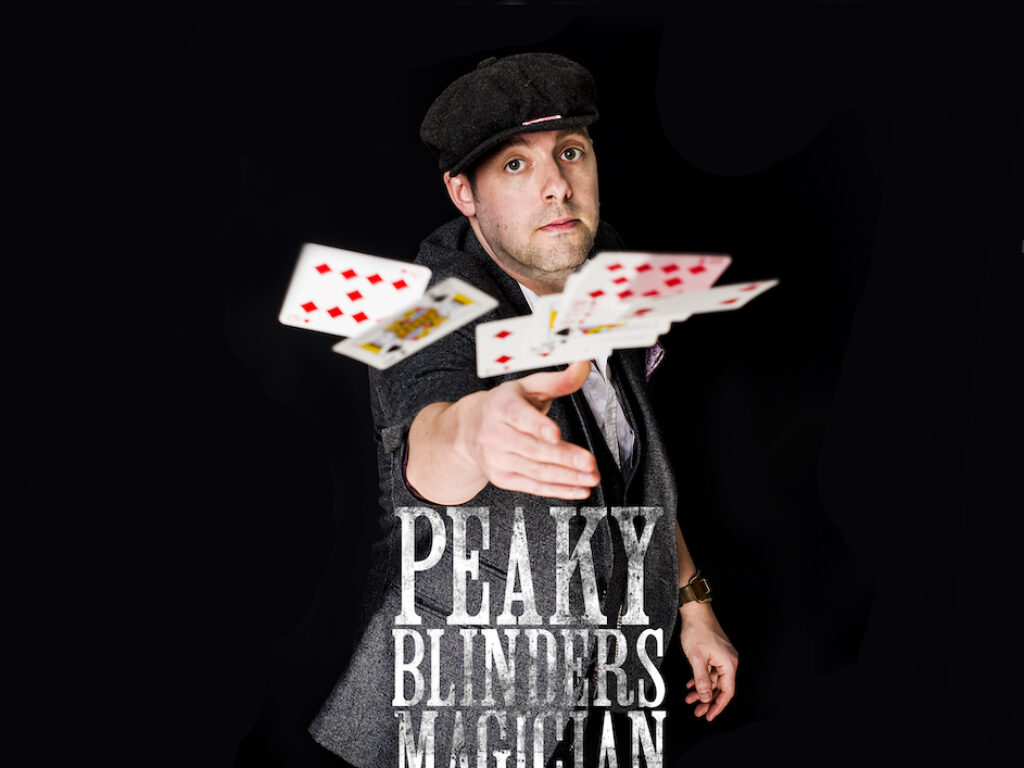 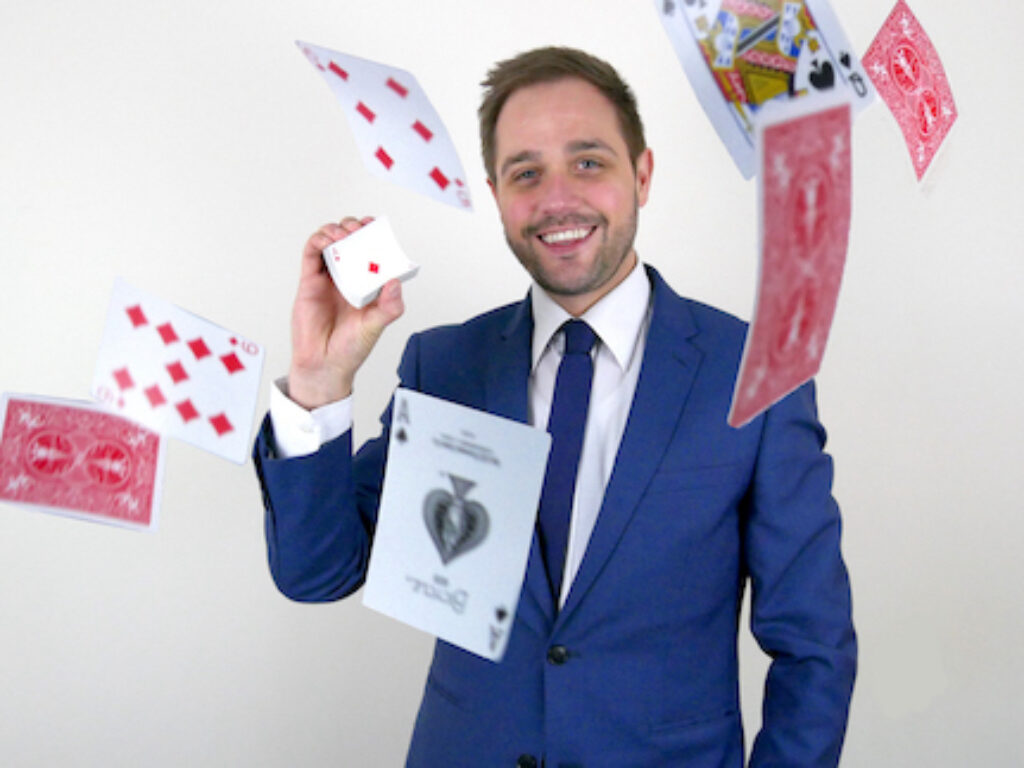 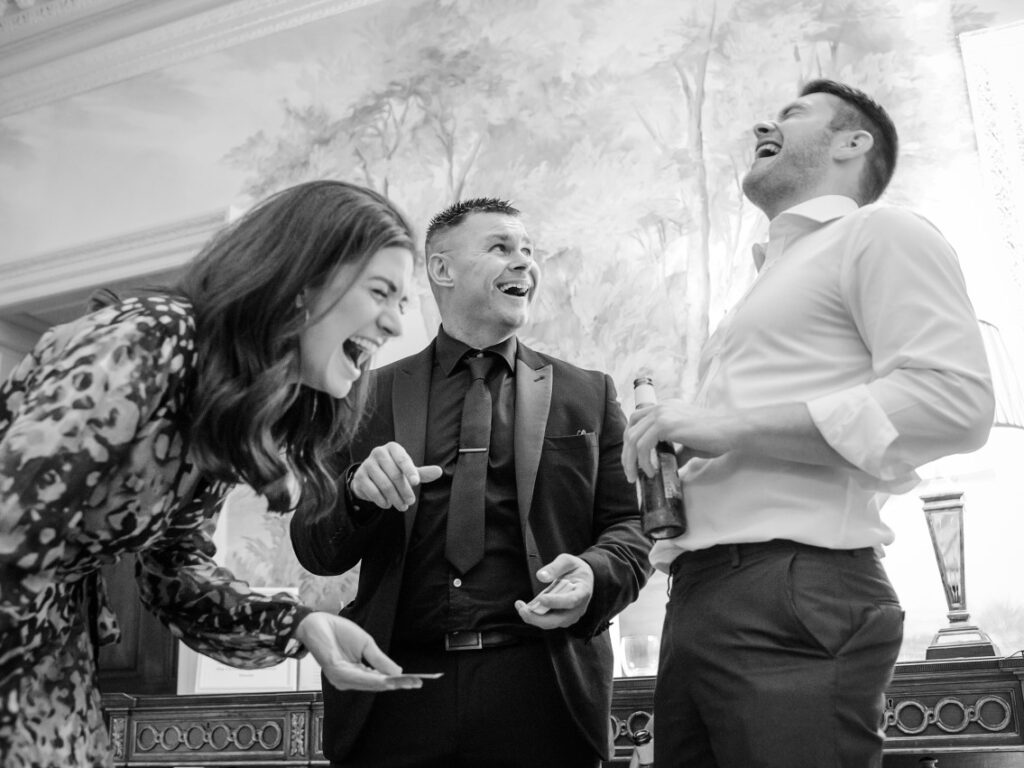 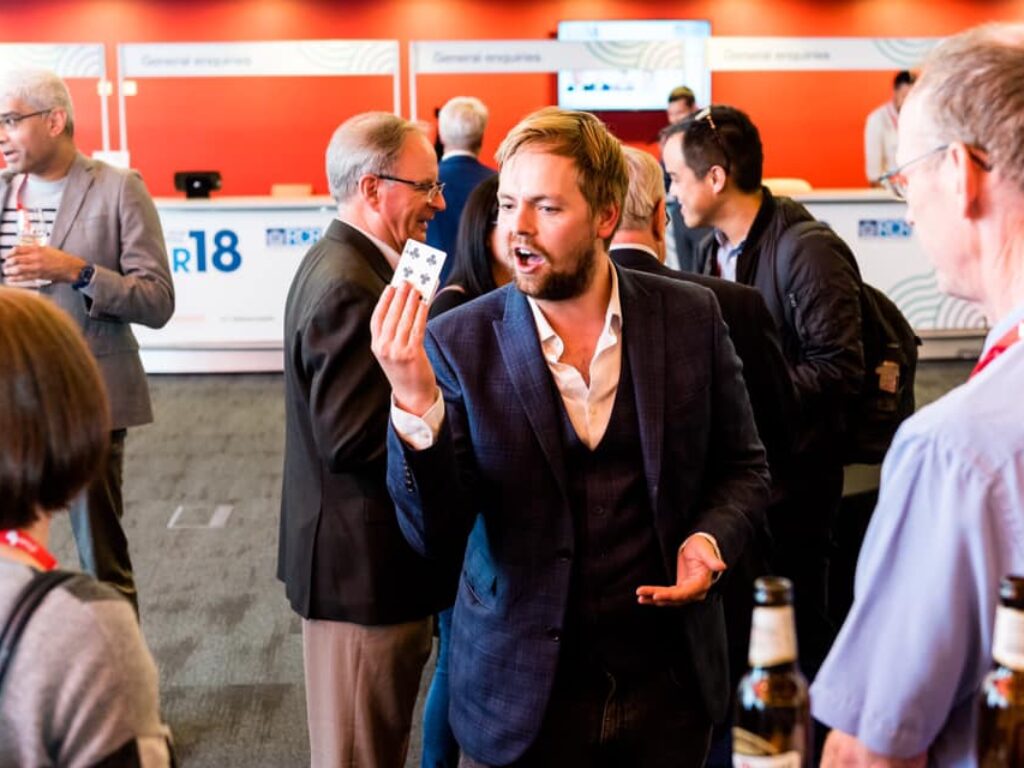 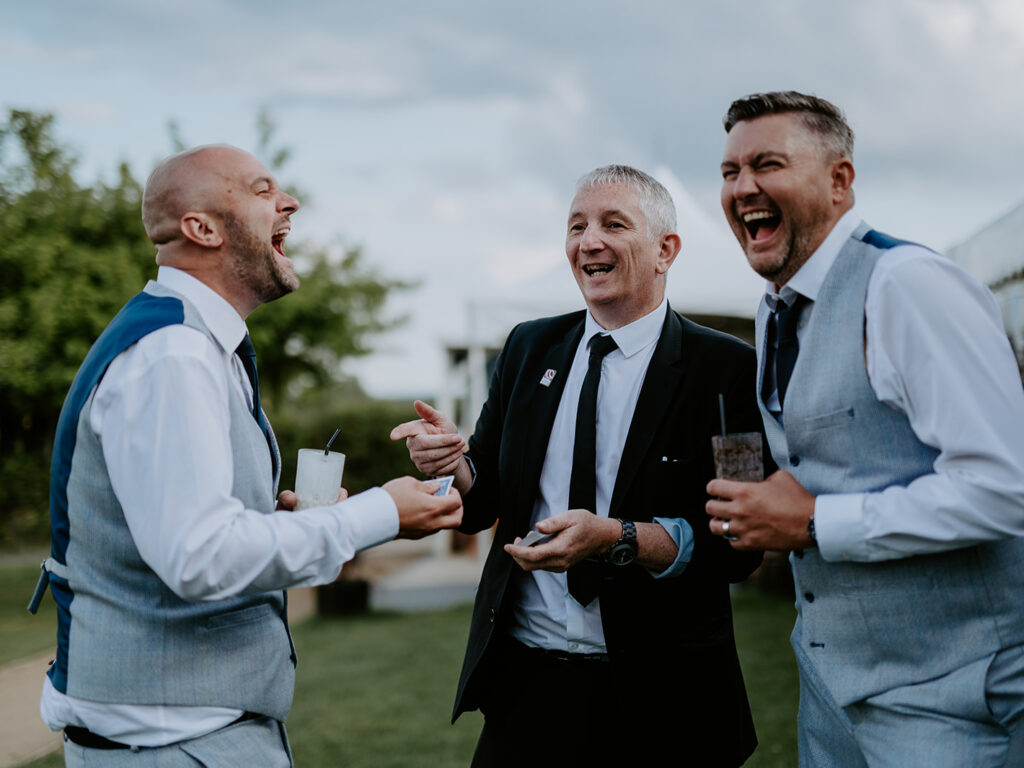 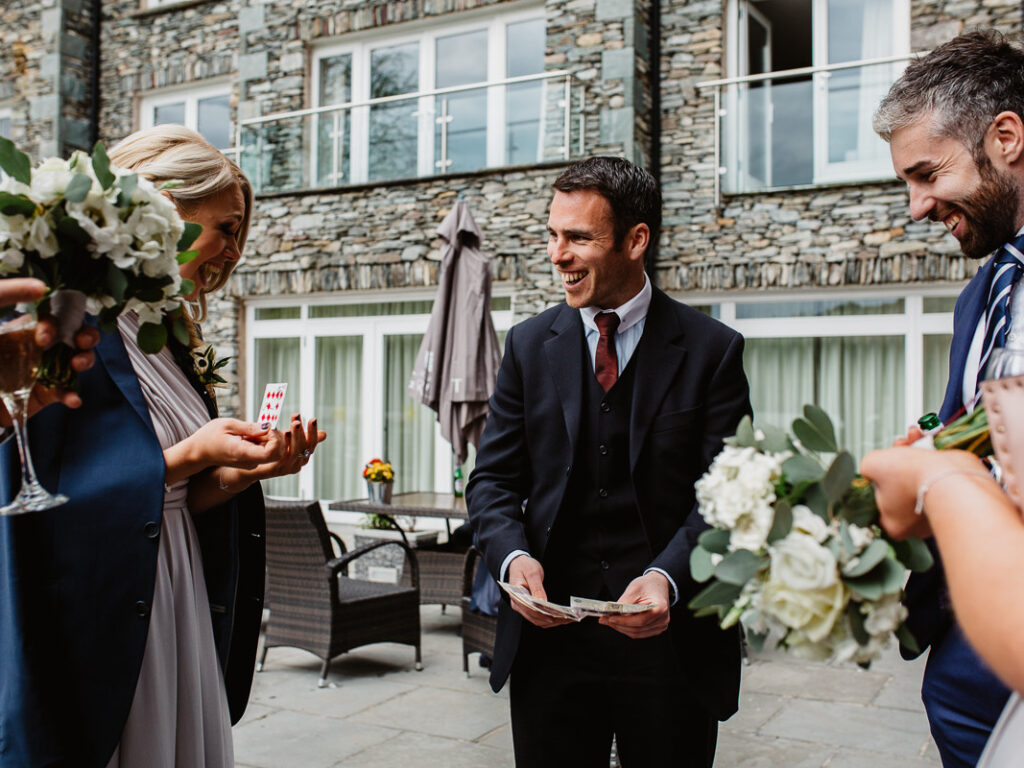 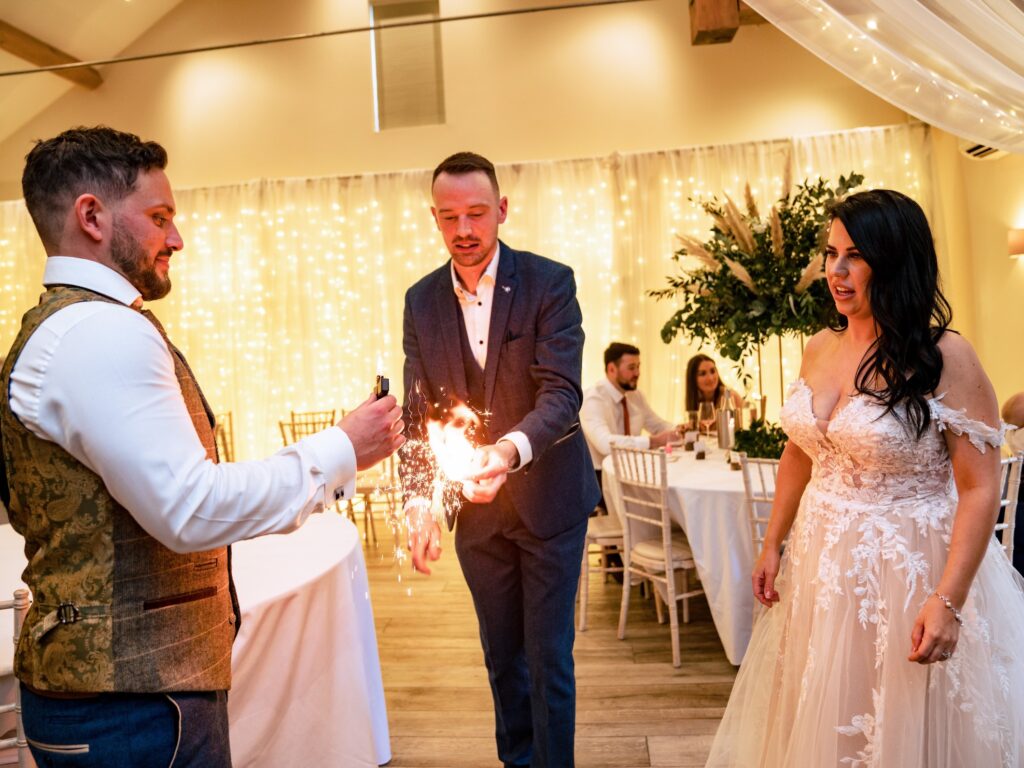