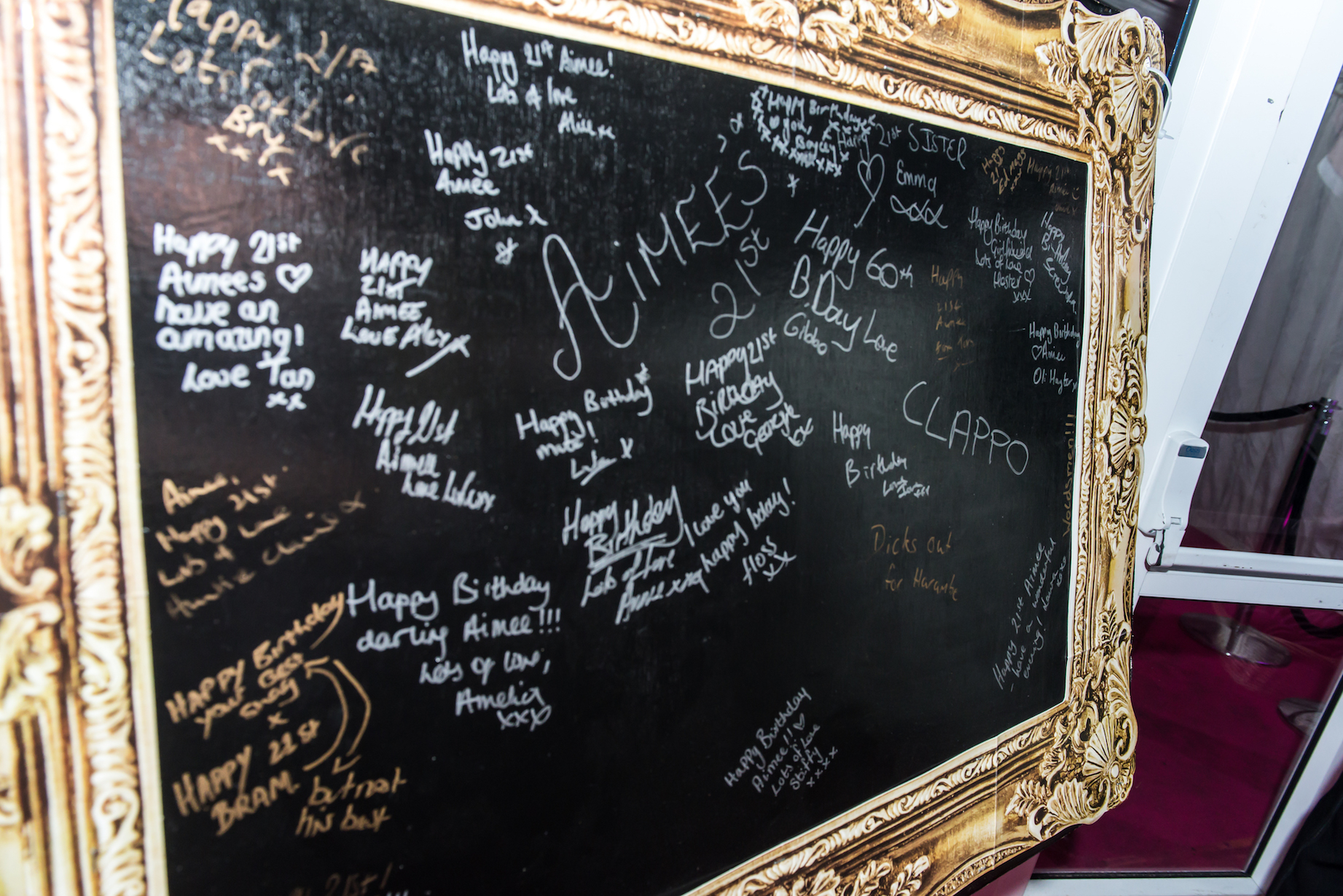 At the start of February we performed at a very exclusive 21st birthday party on a farm, in a small village near Driffield in East Yorkshire.

We looked after all the venue theming, decoration and entertainment and provided everything from a red carpet entrance, stilt walkers, fire breathers, photo booth, casino tables as well as a custom Nightclub DJ setup with staging.

We arrived at the farm on a very rainy Thursday afternoon to setup, it was difficult at first to see how this farm yard could be transformed into a 21st birthday venue but we knew once we had finished it would look completely different. 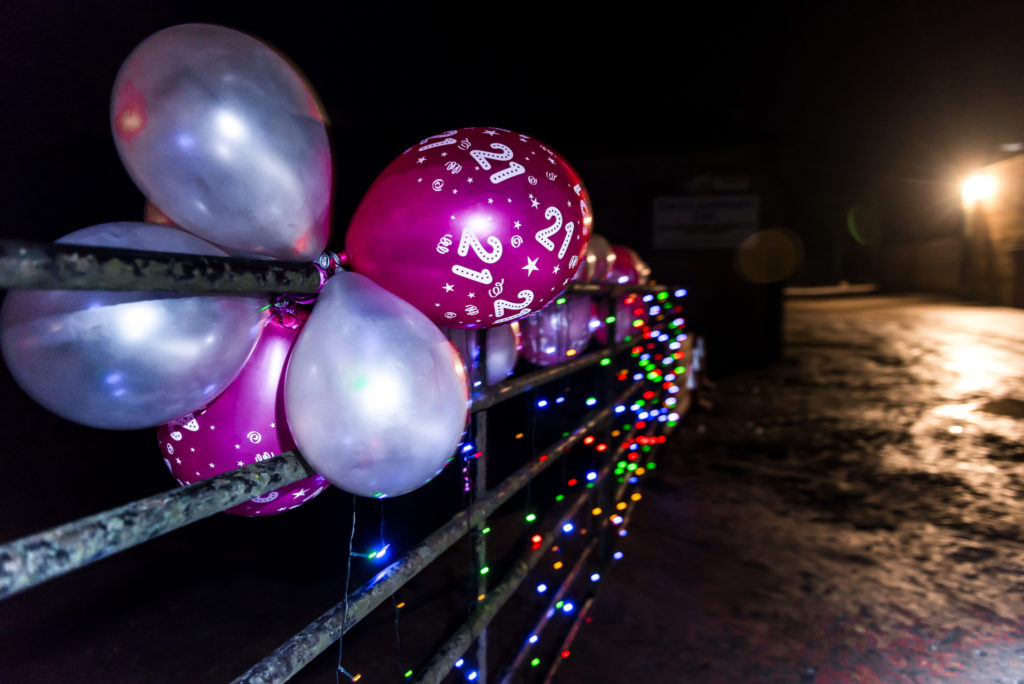 We were to setup inside the one of the workshops which had a marquee built in it courtesy of Your Marquee and looked pretty amazing. Aimee had gone for a Las Vegas theme and had opted for a very bright pink carpet, some stunning chandeliers and a black starlit ceiling.

As we started to load the equipment from the vans it became very apparent we couldn’t wheel anything along the carpet as it was far too muddy, so off came the boots and we began carrying everything across the marquee in our socks! 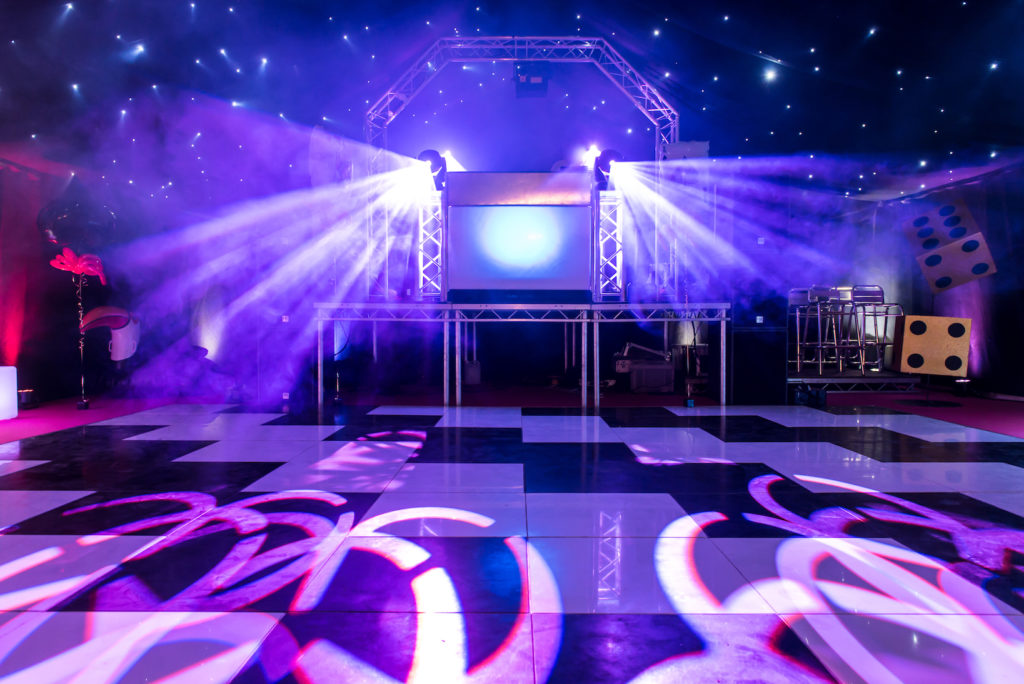 We also setup the Black Gloss Photo Booth and one of our Roulette tables ready for Saturday.

On the actual day of the party the weather was actually quite nice so by the time we arrived at 5pm the mud had dried up, and once we had setup the balloon archway and installed the LED Poseur tables and cube seats it didn’t feel like you were inside a farm workshop at all, much more like a Las Vegas nightclub!

Guests started arriving from 7pm and were greeted by two of our Stilt Walkers outside before a walk down the red carpet past our paparazzi photographer and finally into the marquee for champagne reception. 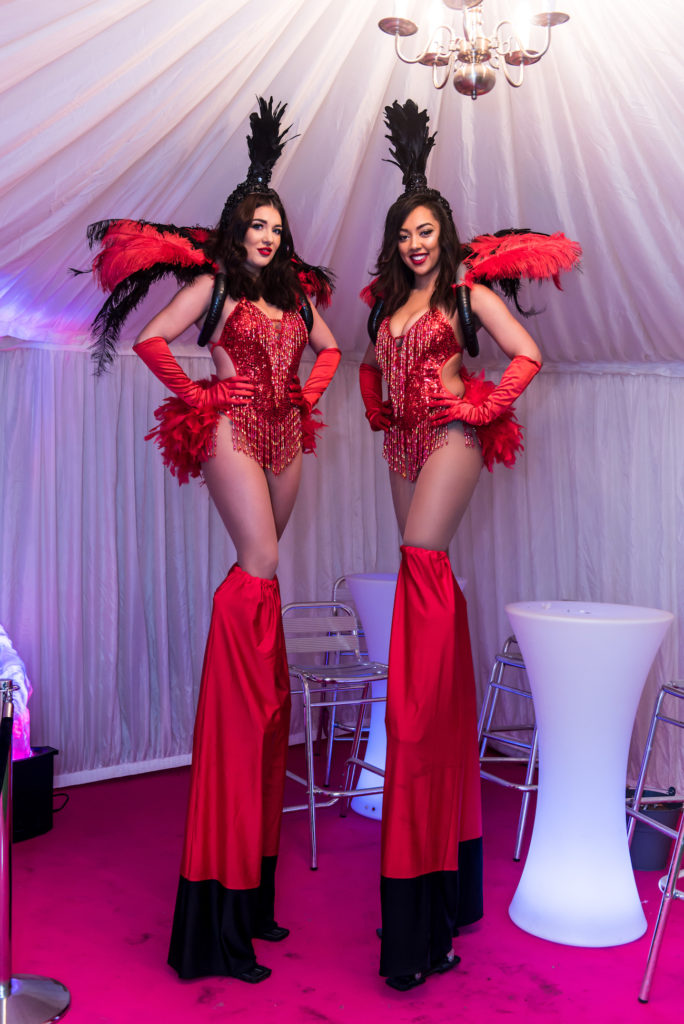 We kept the music and lighting quite low key between 7pm – 8:30pm with our DJs playing a mixture of chilled house and RnB whilst the guests took full advantage of the unlimited free prints in the photo booth and used their custom funny money on the Roulette table. 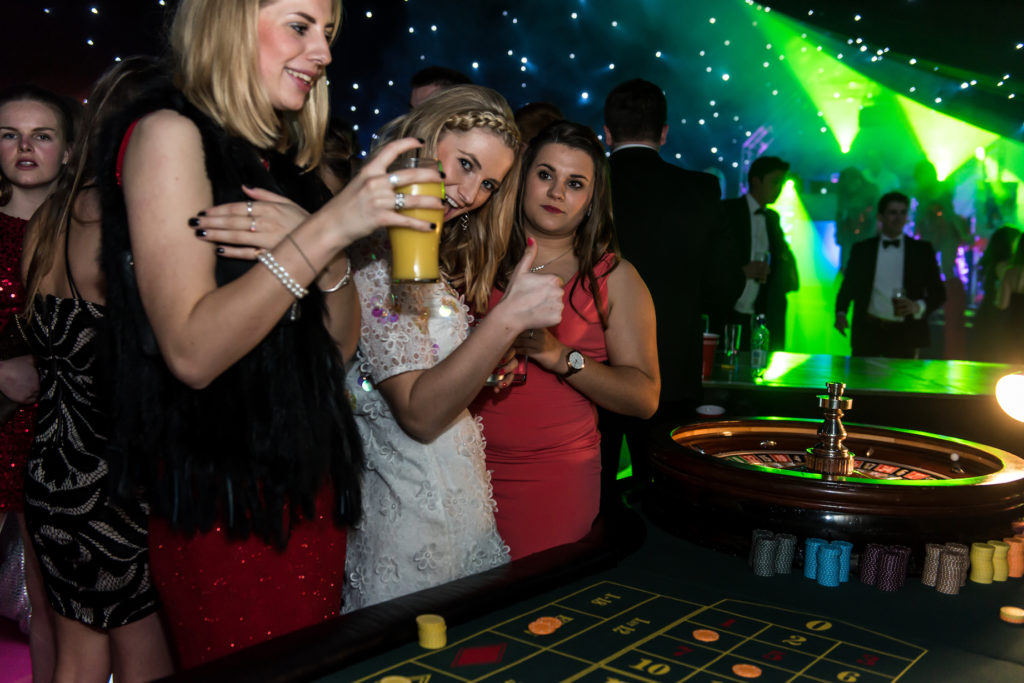 The speeches were scheduled for 8:30 and were started with a cracking speech from Aimee’s dad, her brother and finally Aimee – although she wasn’t keen on her birthday drink! Despite there being over 150 people inside the marquee nobody had a problem hearing the speeches as we provided wireless microphones and two additional smaller speakers at the back of the marquee. 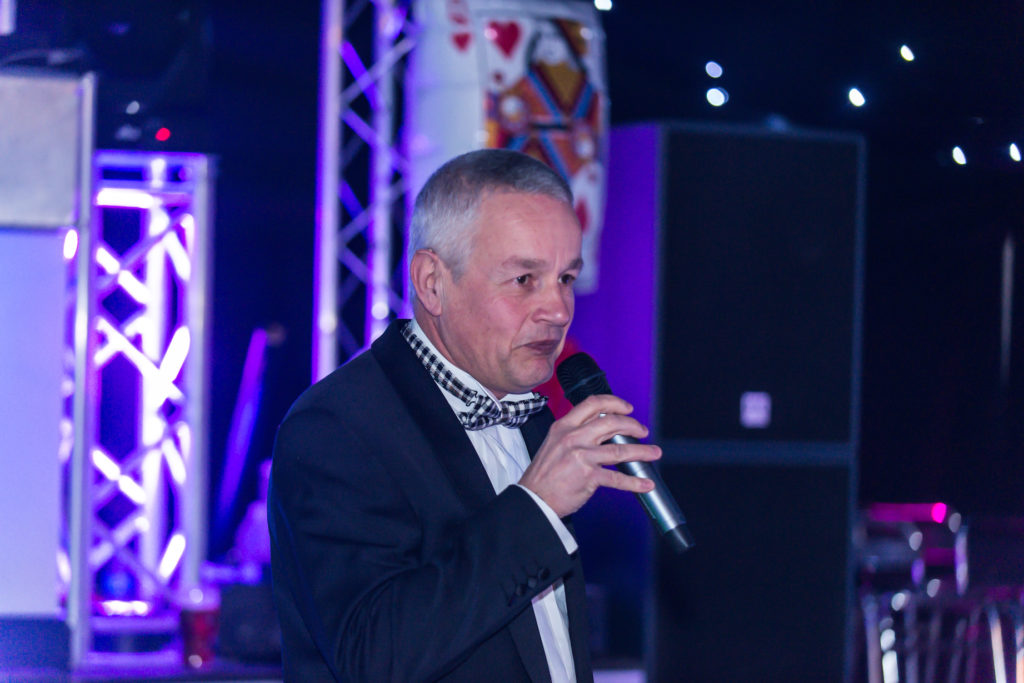 Once the speeches were done it was time to get the dancing started! Our stilt walkers performed a choreographed fire show on the dance floor to some music whilst we put on a complementary laser show. 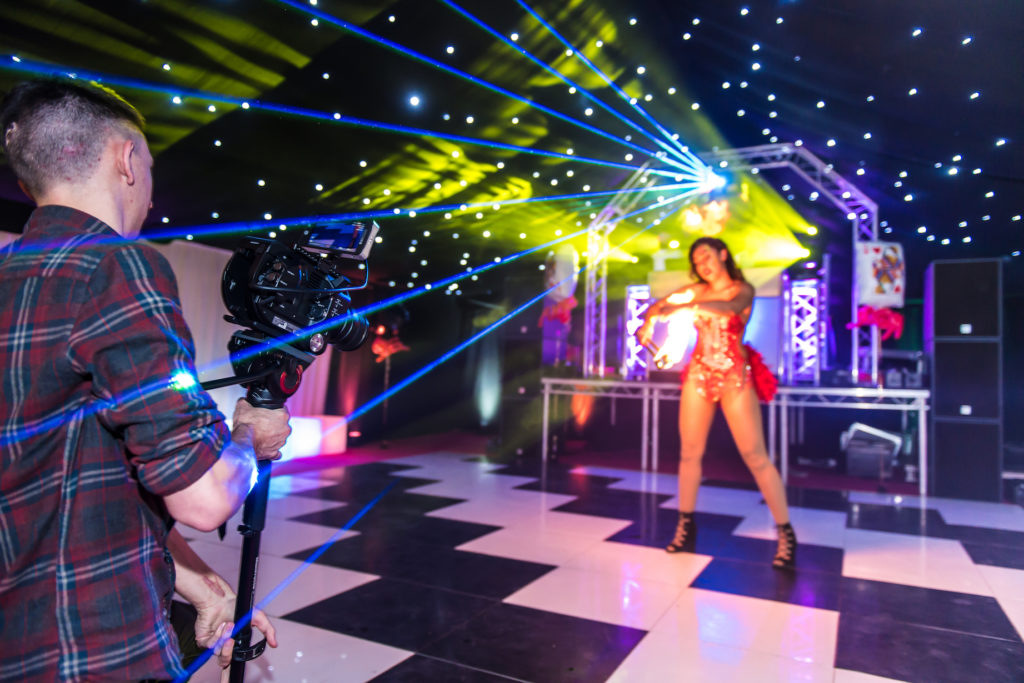 We kicked off the party working from Aimee’s request list which consisted of some older classics for the start of the party, and as most of the guests were from the Royal Agricultural University in Cirencester there were several “young farmers” anthems thrown in by our DJs. 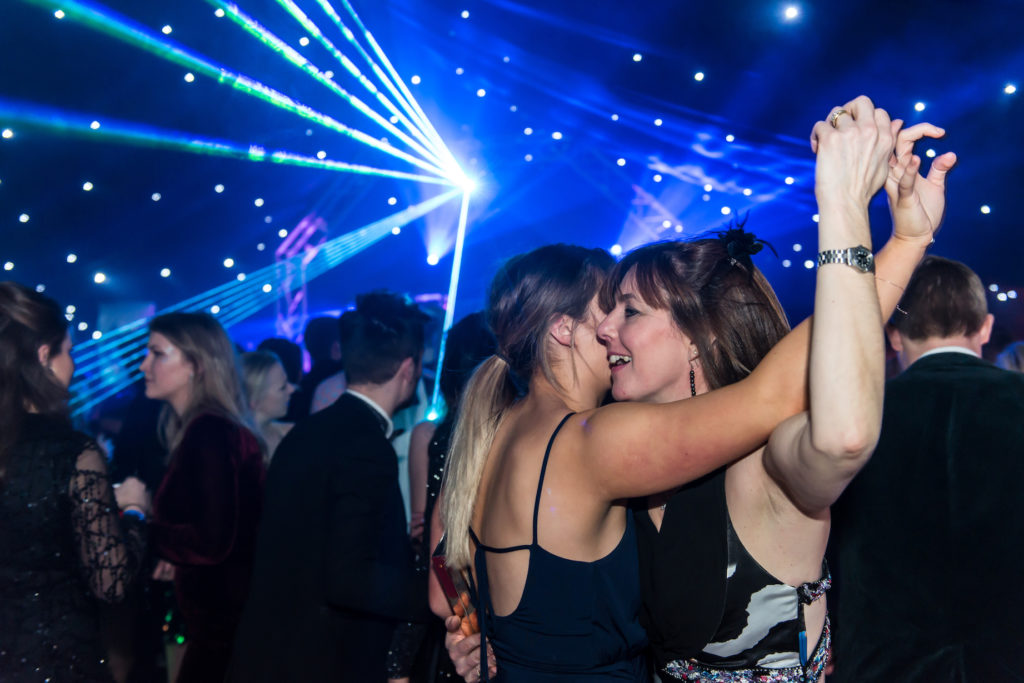 Aimee’s brief when we first met her, in January the previous year, was something along the lines of “I don’t want a disco, I want a nightclub” so once we had got the dance floor nicely warmed up with some of the older stuff from her playlist we moved on to our main set which included lots of House, Hip Hop and some current Chart music before a peak time student anthems and guilty pleasures set featuring everything from Blink 182 and The Killers to Whitney Houston and The Spice Girls. 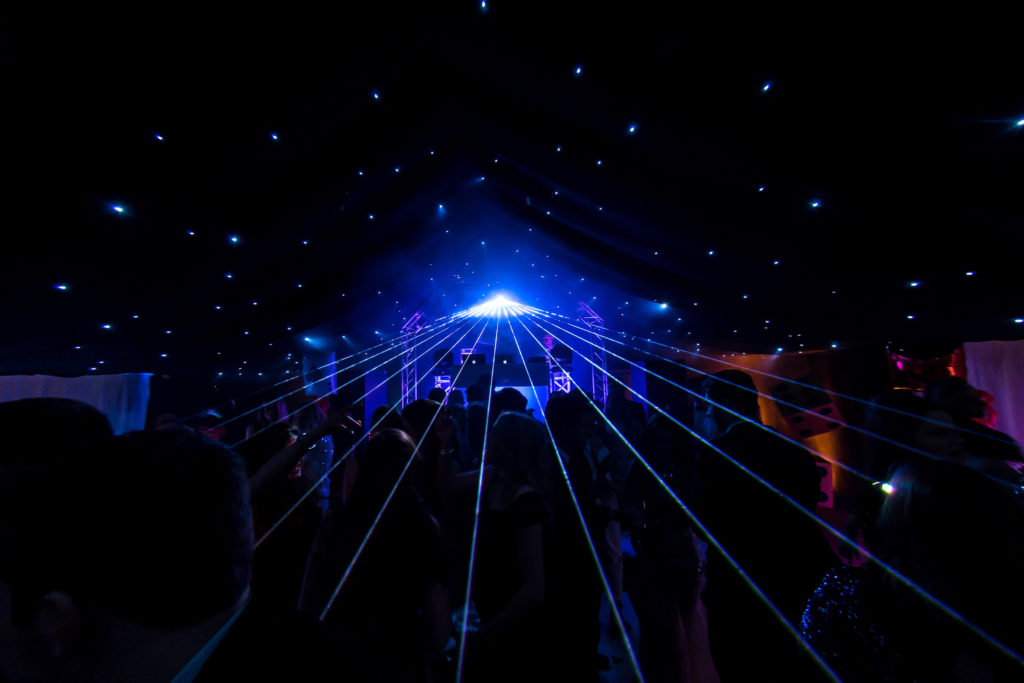 The party was planned to finish at 2am but there was no chance of that happening and we ended up finishing closer to 3:30am before we left the remaining partygoers in charge of one of our Bluetooth iPod Docks so they could keep playing music until the sun came up, or until they passed out! 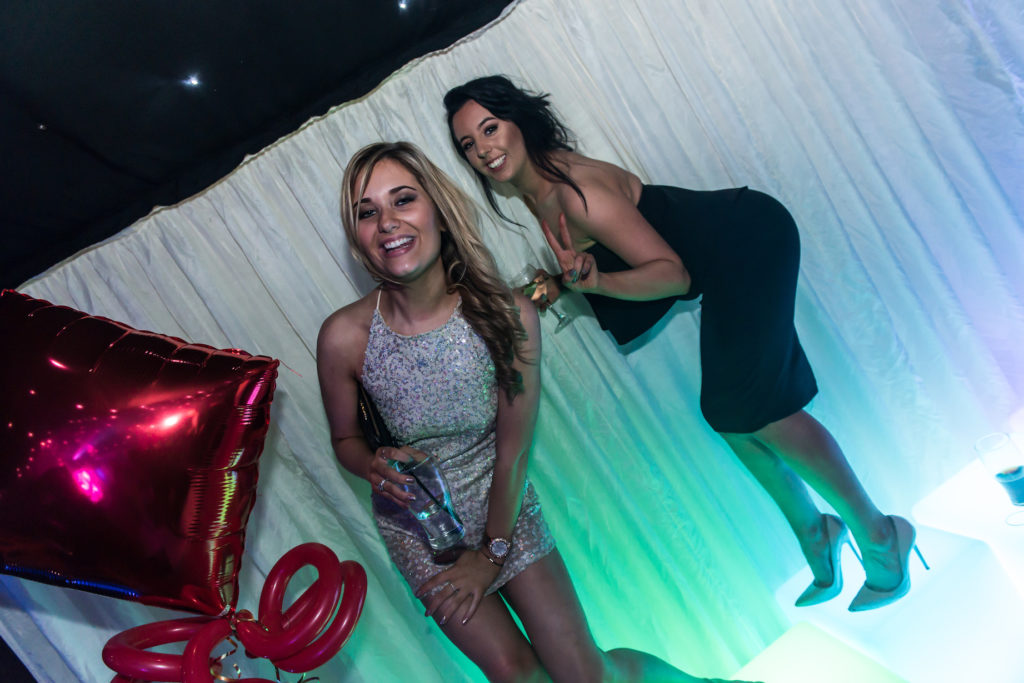 What a night! A huge thanks to Mr & Mrs Oakley for

Another incredible night in Ibiza coming up with @

If you are in Ibiza tonight catch our very own PBH

We are in ibiza all week! If you are on the island

What a weekend! Amazing to play alongside Formula

@tagheuer owning the sky in Monaco tonight with th

We are off 🏁 Track side for the Monaco Grand Pr

Spotted this beauty today en-route to the Monaco G

Monaco 🏁We will be trackside on Super Yacht all

Ibiza is calling! Time to book your flights now! W

Weekend loading 🕺 We are back all over the UK

You deserve a wedding party that good, you'll even

Looking for a true taste of Ibiza on your big day?

Our home city of York! Black and white on the ipho

Lost in music 🥁 So you're having a party, let's